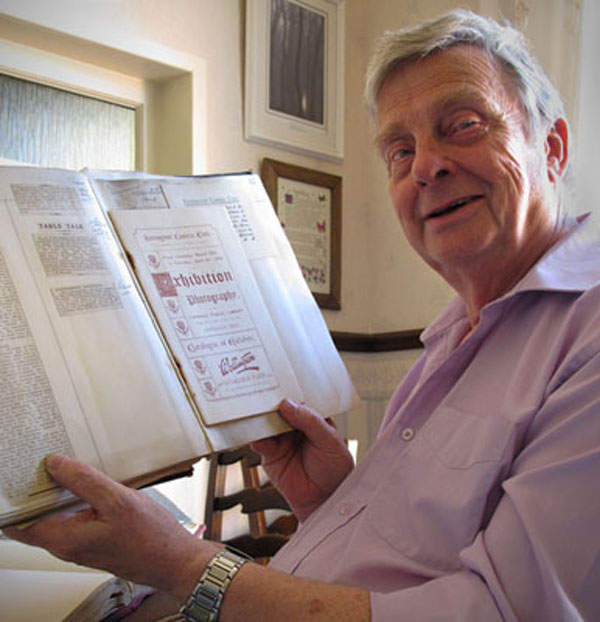 Harry Emmett with some Accrington CC archives
Accrington Camera Club’s most famous member isn’t someone you’d expect.
For alongside Prince Philip’s legendary knack of dropping his diplomatic foot in it is an interest in photography and wildlife.
And this, combined with a speculative letter to Buckingham Palace, led to HRH becoming the most prestigious - but least known - member of the long-running society.
“It was when it was the Queen’s Silver Jubilee in 1977,” said club vice-president Harry Emmett, who signed up a decade earlier than the royal.
“Our syllabus secretary wrote to Buckingham Palace to invite Prince Philip, who was president of the World Wildlife Fund, to send some of his natural history prints to show at our annual exhibition.”
Buckingham Palace had to check it was all legitimate and the then curator at Haworth Art Gallery, Norman Potts, thought it was a windup at first when he got a phone call.
“As a consequence of him exhibiting, we made Prince Philip a member of the club,” Harry continued cheekily: “but he doesn’t pay his subs.”
The club's annual exhibition - held annually at the Haworth - may not have a royal connection but members still compete for trophies bearing names which date back to the club’s early days.
Although it is not a complete record, some exhibition catalogues, meeting syllabuses and newspaper cuttings, still survive from as far back as 1910 - just eight years after the club became independent from Accrington Scientific Society.
In the days before the Box Brownie photography was a rich man’s pastime, with mayors, MPs and JPs among the most prominent members. In later years one of the most well known members was Alex Broadley - superintendent at Accrington’s baths, magistrate, local scout leader and husband of former town mayor Grace Broadley.
“What I like about looking through the old stuff is some of the old processes,” said Harry, who is a life member of the club with his wife Jean. “It fascinates me the developments that there have been in the last 100 years.”
Now boasting around 45 members, the club meets weekly at the Primetime Centre on Stourton Street, Rishton.
Back in 1910 they met at Market Chambers opposite the market hall and have had numerous bases over the years, latterly at the ‘Golden Age’ club room on Avenue Parade.
After having almost all their annual exhibitions at Haworth Art Gallery the club has understandably formed some links. Every year members compete for the Hyndburn Trophy - a caricature of former curator at the Haworth, Norman Potter, sculpted by Accrington toy modeller and artist Frank Nelson. Entries are restricted to pictures taken within the Hyndburn boundary and for many years a copy of the winning print was added to the gallery archives recording the town’s past.